A Bold New Way to Help the Poor
Hi, I’m Dr. Berin Gilfillan, founder of the International School of Ministry® (ISOM®) program. The ISOM® is the world’s largest media Bible School and is being used in more than 15,000 locations, in 142 nations and in more than 70 languages. It is conservatively estimated that ISOM® now has at least a quarter of a million students around the globe. As great as that achievement is, we believe God wants much more — He wants us to bring the teaching of His Word to the highways and byways of our world. This brochure shares a vision and a plan to bring ISOM® and three of our other programs to at least 20,000 new locations among the poor and the unreached by the year 2020.

Most people know ISOM®, but many don’t know that my wife, Lisa, has developed Women of the World™ (WOW™). WOW is a program designed to empower, encourage and equip God’s daughters. It is hard to believe, but reliable sources tell us that women constitute 80% of the Underground Church in China and over 60% of the Church in most nations of the world. This program already has had a powerful impact on women globally. 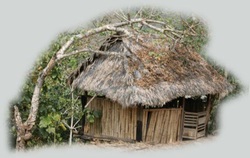 In the early 2000s, we began developing a third tool to help local churches and pastors. This time the focus was on the teen and young adult generations. The result was the creation of an incredible series of programs and notes called YouthBytes®. YouthBytes® was built around the ministry gift of Chad Daniel and his very unorthodox but anointed style of preaching the Gospel to young people.